Add the number of seconds you set to each caption in your SRT file. 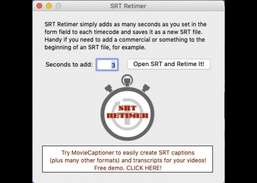 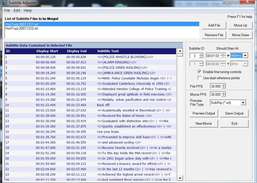 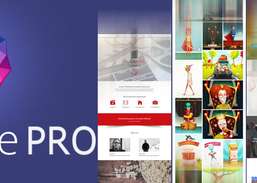 SRT Retimer simply adds as many seconds as you set in the form field to each timecode and saves it as a new SRT file. Handy if you need to add a commercial to the beginning of an SRT file, for example.

Movie player based on QuickTime & FFmpeg.

Combines several MOV files to a single MOV file by rapidly fading from one file to another.