Play any video on Mac. 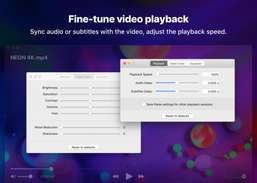 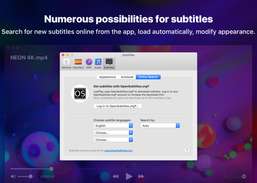 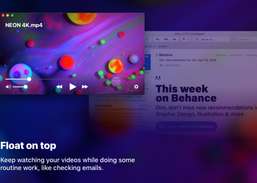 No matter how simple and small the player is, it'll easily handle your 4K and 8K videos thanks to its hardware accelerated decoding functionality. JustPlay allows for flexible playback adjustments. You can set any playback speed, set the subtitle or sound delay whenever there is need. When you start the player, it can resume the playback right away with the previously selected subtitles and soundtrack, or you can choose to always start at a pause. Adjust brightness, saturation, contrast, gamma, hue, noise reduction and sharpness. Tune up the sound to your liking as precisely as you want or use presets for various types of music and spaces: Large Hall, Party, Pop, Club, Soft Rock.

Play 4K and HD videos of different formats with no pressure.