Coolmuster Lab.Fone for Android About 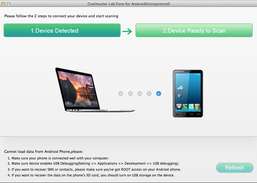 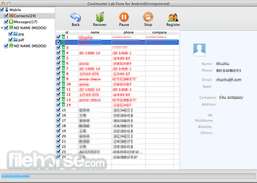 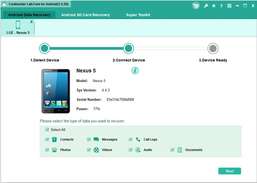 Recover Contacts, SMS, Photos and More from Android Devices. Recover all Android text messages and contacts and export them to your Mac computer in TXT, HTML and XML formats for viewing or printing. Extract all media files in your Android device, including photos, videos and music files. All will be recovered in original format and quality. 2. Preview All Scanned Android Data before Recovery. You are allowed to preview all the scanned out Android in clear list one by one. Recover the exact Android data you want back selectively so that you won't recover the files you don't need. Deleted files and existing files are distinguished by different colors. The deleted and lost Android files are shown as red. You can only check the red files if you want to exported the lost files to Mac. 3. Absolutely Compatible with All Android Devices and OS. The Mac tool works well with overall Android device brands, such as Samsung, HTC, LG, Motorola, Sony, Huawei, ZTE and so on. Available with all Android OS versions, including the latest and previous one, Android 4.4 is also supported. 4. Flexible-to-use Mac Android Data Recovery Program. Various data loss scenarios can be handled by this Mac tool, such as accidental deletion, operating system corruption, improper handling, virus and spyware attack and many more. Coolmuster Lab.Fone for Android is 100% safe and risk-free. No personal information or privacy exposing.

Recover your deleted or lost photo, audio and video files.