Clear out the temporary files that are secretly filling up your iPhone. 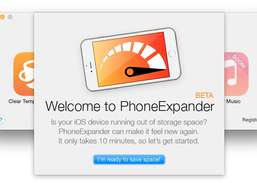 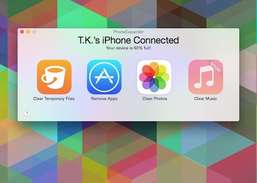 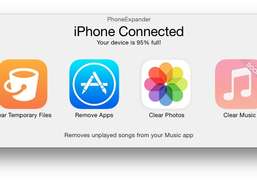 Is your iOS device running out of space? It's a very common problem. Apps, Photos and Music take up a ton of space, and after a while your phone can become unusable. It's not easy to clean out space, most people just resort to deleting their favorite apps. But now there's a new way: PhoneExpander can clear out the temporary files that are secretly filling up your phone. In about ten minutes, PhoneExpander can make your old phone feel like new again. It's easy enough for your parents to use, so why not give it a try? All the apps on your device leave behind a residue of temporary files, which PhoneExpander can help clear away. It's got other tricks too, which make it easy to free up gigabytes of room so you can take more photos and download more apps.

Get rid of the junk files from all nooks and corners of your Mac and improve its performance.

Scan and remove all the junk taking up your valuable disk space.