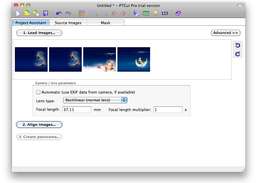 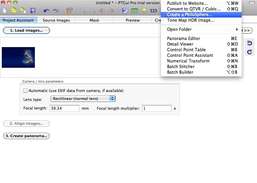 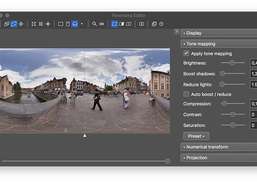 PTGui Pro is a pro version of panoramic image stitching software for Windows and macOS. The main difference between the two versions is support for HDR stitching, masking, viewpoint correction and vignetting, exposure and white balance correction in PTGui Pro. Originally started as a Graphical User Interface for Panorama Tools (hence the name), PTGui has evolved into a full featured, industry leading photo stitching application. Just drop your photos into PTGui and it will figure out how they overlap. PTGui can stitch multiple rows of images and supports all lenses, including fisheyes. PTGui gives you full control over the result, enabling you to create perfect panoramas even of difficult scenes, where other stitchers fail. Create fully spherical 360 degree panoramas. PTGui includes interactive panorama viewers both for local viewing on your computer, and for embedding in a web page. Look around, up and down in the scene by clicking and dragging with the mouse.

Extend the dynamic range of photos.