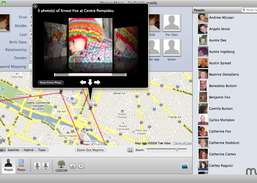 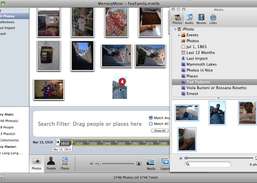 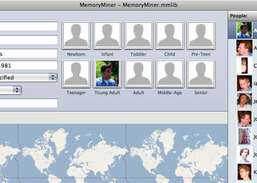 This review was originally posted on VersionTracker.com.Registered a while ago... since then updates have been slow. This app has at its heart a nice idea... but the execution is unbelievably littered with bugs. Shame.

Reply to this review

"Neat idea, but i wont use it"

"Neat idea, but i wont use it"

This review was originally posted on VersionTracker.com.Sorry, i love the concept. But it doesn't integrate at all with iPhoto. I have spent years adding the very same meta date you want to us to add to your app, to make these connections happen. I can do nearly the same thing with iphoto buy simply being meticulous with the the data i have already added. I have no inclination to do it twice, even though i think your idea sounds promising.I'm am no layman, i have spent the last 16 months cataloging images for the federal government, and after 30 secs in your app, I had no patience. Drag and drop is not the best way to classify hundreds or thousands of images.Time line idea 4 starsdrag and drop stand alone app with no iPhoto integration, hell it doesn't even see iPhoto albums. Zero

Model your financial data in a quantitative way.